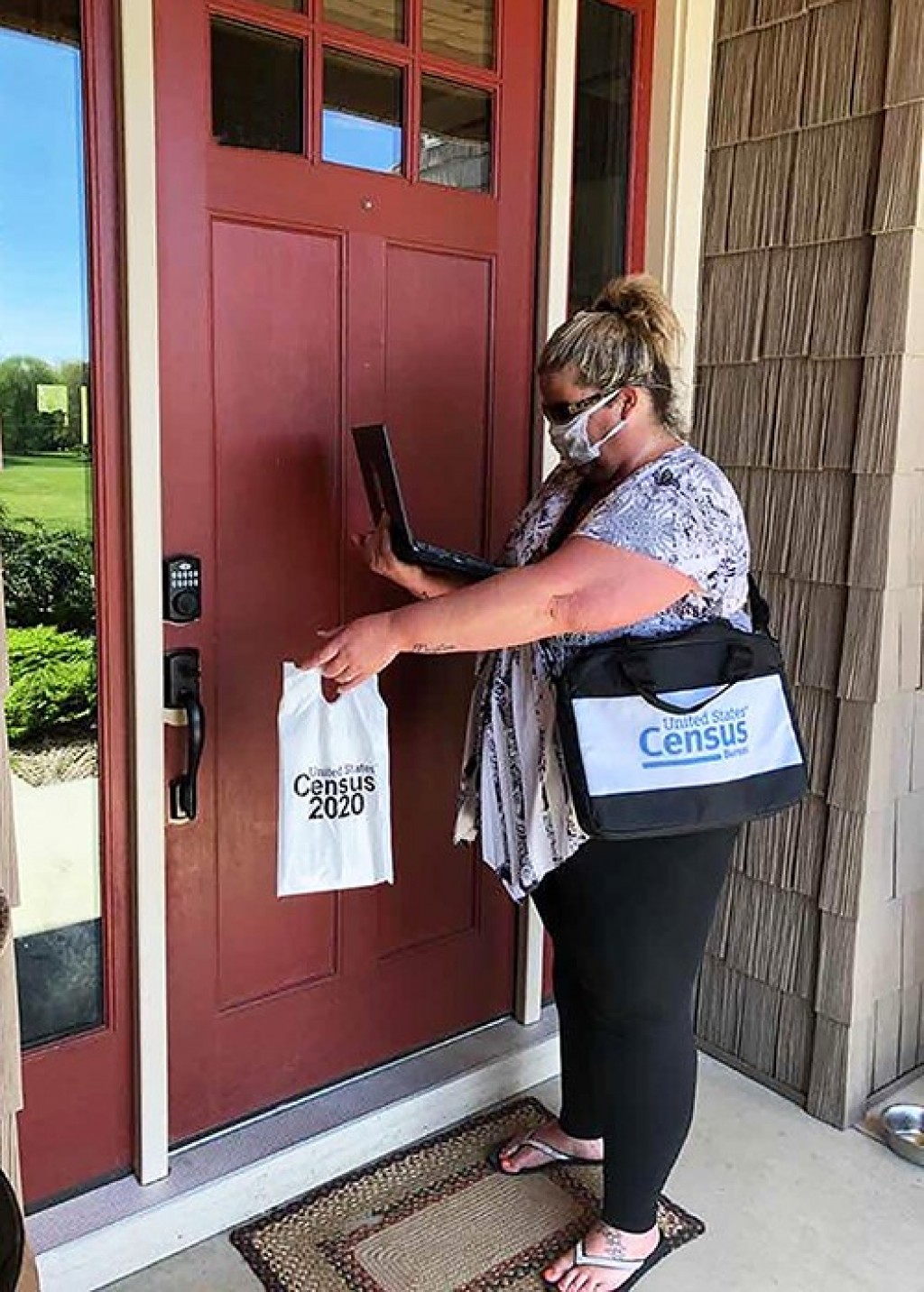 Washington DC.- This week, the U.S. Census Bureau began following up with households nationwide that have not yet responded to the 2020 Census. Based on the current self-response rate of 63.3%, the Census Bureau estimates it will need to visit about 56 million addresses to collect responses in person. Up to 500,000 census takers across the country will go door to door to assist people in responding to the 2020 Census.

Census takers began following up with households on July 16 in a limited number of areas and added additional areas each week thereafter. Starting Aug. 9, all remaining offices began following up with households nationwide. Census takers have completed training on social distancing and safety protocols, will follow local public health guidelines, and will be required to wear a face mask when conducting follow-up visits.

“America has answered the call and most households responded to the census online, by phone or by mail,” said Census Bureau Director Dr. Steven Dillingham. “To ensure a complete and accurate count, we must now go door to door to count all of the households we have not heard back from. During this phase, you can still self-respond online (at 2020census.gov), by phone (at 844-330-2020), or by mailing your completed questionnaire.”

The Nonresponse Followup (NRFU) operation is the final stage of conducting the once-a-decade population count of everyone living in the United States. Households can still respond now by responding online at 2020census.gov, by phone at 844-330-2020, or by completing and mailing back the paper questionnaire they received. Households can respond online or by phone in one of 13 languages and find assistance in many more. Those that respond will not need to be visited to obtain their census response.

What Households Can Expect

In most cases, census workers will make up to six attempts at each housing unit address to count possible residents. This includes leaving notification of the attempted visit on the door. The notification will include reminder information on how to respond online, by paper or by phone. In addition, census workers may try to reach the household by phone to conduct the interview.

Census takers will go to great lengths to ensure that no one is missed in the census. After exhausting their efforts to do an in-person interview with a resident of an occupied housing unit, they will seek out proxy sources — a neighbor, a rental agent, a building manager or some other knowledgeable person familiar with the housing unit — to obtain as much basic information about the occupants as they can.