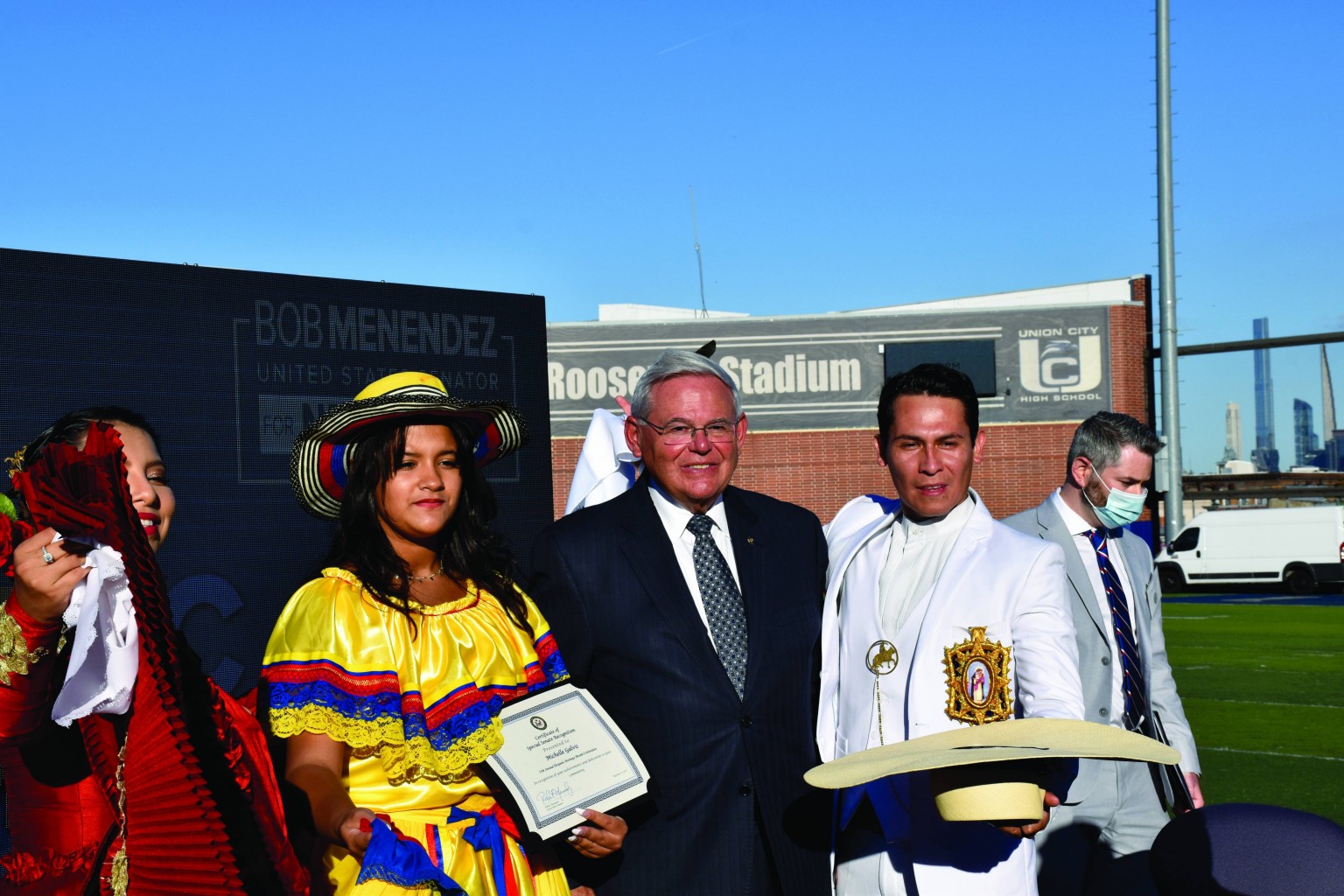 Washington, D.C. – U.S. Senators Bob Menendez (D-N.J.), the highest-ranking Latino in Congress, and John Cornyn (R-Texas) continued the annual celebration of Hispanic Heritage Month by leading a bipartisan group of 47 colleagues in introducing a Senate resolution that recognizes September 15th through October 15th, 2021 as a month to celebrate and honor the invaluable contributions of Hispanic and Latino Americans in the United States. The commemoration of Hispanic Heritage Month started in 1968 as ‘Hispanic Heritage Week’ under President Lyndon B. Johnson, and President Ronald Reagan subsequently expanded the celebration in 1988 to cover a 30-day period starting on September 15th and ending on October 15th.

“Hispanics have always been an important part of the fabric of American society, full of only love for this country and responsible for countless contributions,” said Sen. Menendez. “As the Hispanic American community continues to grow, we will only become an even more integral part of this country and will help expand economic opportunities for all. I commend my colleagues from both sides of the aisle for supporting this resolution and I hope they will work with me and others to implement policies that will provide Hispanic Americans with greater opportunity.”

“Any Texan will tell you that Hispanic culture is as much a part of our state's foundation as the ground our cities are built on,” said Sen. Cornyn. “This bipartisan resolution will honor the more than 11 million Hispanic Americans that call Texas home, and I’m proud to help usher it through Congress.”

“For over a year, Hispanic Americans have served on the frontlines of this pandemic, educating our children, serving as medical workers, and making sure that our communities have everything they need to survive,” said Sen. Cortez Masto. “The resilience and determination of the Hispanic community has played an integral role in our nation’s path to recovery, and this year more than ever it is vital that we recognize their countless contributions to the United States. In my home state of Nevada, more than one in four Nevadans is Latino, and I’m proud to continue honoring their invaluable place in our state and nation.”

“As the first Latino to represent California in the U.S. Senate, it is a privilege to formally recognize Hispanic Heritage Month and the significant contributions of Latinos and Hispanic Americans,” said Sen. Padilla. “The success of Latino families, immigrants, and working-class individuals in the face of adversity has enriched the diversity and success of this country. And I remain committed to taking action to build a better future for Latino communities in California and across the country.”

“With a rich culture and long-held traditions that have become part of the fabric of our nation, the Hispanic community has played a vital role in American society and continues to produce leaders in every facet – from serving in our military, to teaching in the classroom, to running small businesses, to leading in the arts, science, and medicine, and taking care of our entire country as essential workers. This year and every year, we need to honor the resilience and the creativity of our community. This resolution is an important part of that celebration,” said Sen. Luján.

Congressman Tony Cárdenas (D-Calif.-29) led 36 of his colleagues in introducing a companion resolution in the House of Representatives.

“Latino history is American history, inseparable from the birth of our nation to the present, and into its bright future,” said Rep. Cardenas. “Our community’s involvement and influence on America’s cultural, economic and political tapestry is something that deserves both recognition and celebration. It is with great pride that we lead a resolution that honors the inspiring contributions of our diverse communities to this country.”

The Senate resolution recognizes the immense contributions of Latinos and Latinas to the economy, culture, and identity of the United States. This point has never been more salient than during the COVID-19 pandemic, as Latinos and Latinas across the country kept our country afloat by working essential, front-line jobs and will play an even more critical role as the nation recovers from the ongoing impacts of this unprecedented health crisis.